If you need more info, you are a group with more than 6 people or to make this excursión as a private tour click here

We will visit the city of Granada starting with the Square of Isabel the Catholic Queen, from where a guided tour will start in the Albaicín, a picturesque area and the most historic district of the entire city, declared Humanity Patrimony in 1984.

Here we can find a unique blend of the civilizations that preceded the Christians. Arabs, Iberians, Visigoths, Phoenicians, Romans, Greeks and Carthaginics populated the district centuries ago.

Many interesting corners including viewpoints, Mudejar churches and homes such as the Casa de Zafra and the Viewpoint of Saint Nicholas.
Nearby we can see the Sacromonte, a district built on the slope of a hill where there are homes in caves, their gypsy soul of the village can be found and the art of the zambra, the most authentic and moving flamenco can be Heard.

This excursión includes tickets to one of the Muslim Hispanic Monuments: Corral Carbón, Bañuelo, Casa Horno de Oro and Palace of Dar Al-Horra.

Payment:
Regular bookings will be valid with a confirmed payment
You have free cancellation rights when cancelling up till 48 hours before schedule.
Bookings made, changed or cancelled within under 48 hours before schedule are not refundable.
Bookings made for private services or for groups of over 6 passengers will be valid with payment and express confirmation of the service. This kind of booking has a 7 day cancellation right prior to the service.
Bookings made, changed or cancelled under 7 days prior to the service are not refundable.
Please contact us for any query about your booking and/or payments can be made at: reservas@leisurely.es

Additional information:
Please remember that this excursión is mostly outdoors, we will be visiting a natural site on foot, you will be required to walk during moderate time spans. Do not forget to wear suitable footwear and clothing and also use solar protection.
This excursion is not suitable for people with reduced mobility.
We recommend you to drink water during the excursión
Food and drink are not included, but a mealtime will be arranged with the guide.
This activity will be done with a group of at least 8 people. If this mínimum is not reached, all the persons with a booking will be notified as soon as possible.
*Please read general terms and conditions carefully. 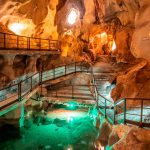