If you need more info, you are a group or to make this excursión as a private tour click here.

Join us in this excursion which goes into the inland of Málaga to visit the history, nature and prehistory of an area declared Patrimony of Humanity by the UNESCO.

Of its past, it conserves a large archaeological and architectural legacy, with outstanding examples in the Dolmens of Menga, Viera and El Romeral, as well as many churches, convents and palaces of different eras and styles. Natural áreas are those of El Torcal, famous because of the unique shapes of sandstone that shape one of the most important karstic landscapes of Europe.
This natural space, along with the Dolmens of Menga, Viera, El Romeral and the Rock of the Lovers, shape the Place of the Dolmens of Antequera, declared World Patrimony of the UNESCO in July of 2016.

Tour on foot of the city of Antequera

A city of great architectural and historic value, we can find here influences of the Romans, Moors and Hispanic cultures. With a special value of the Spanish Baroque found in over 30 churches along with the Alcazaba and panoramic areas, make this city known as the Florence of Andalusia.

One of the greatest and ancient Dolmens of Europe, built by the man between 2.500 B.C. to 1.800 B.C., perfectly preserved, enable the visitor to undertake an interesting journey in time. The Archaeological set of Antequera Dolmens is one of the best and well known megalithic exponents of Europe. Also declared Patrimony of Humanity of the UNESCO 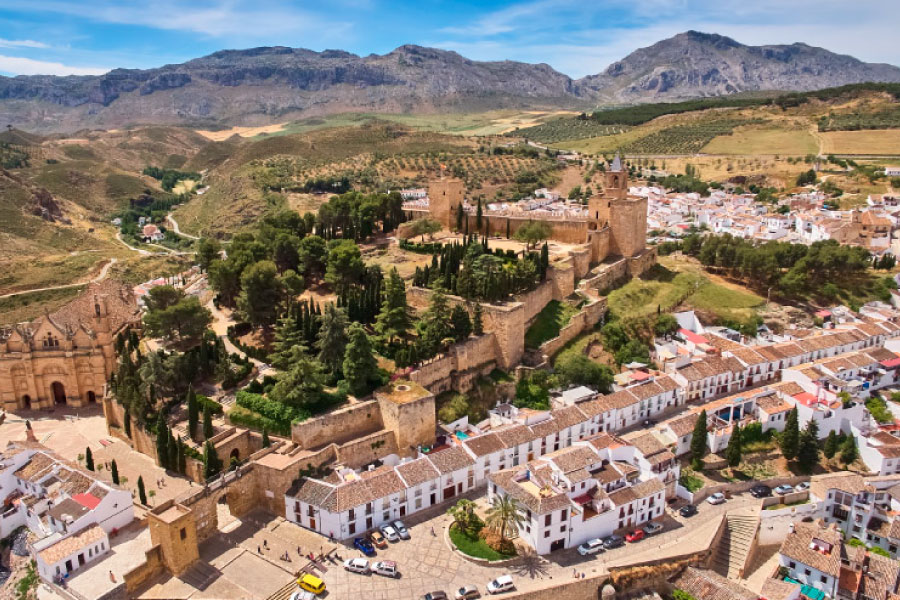